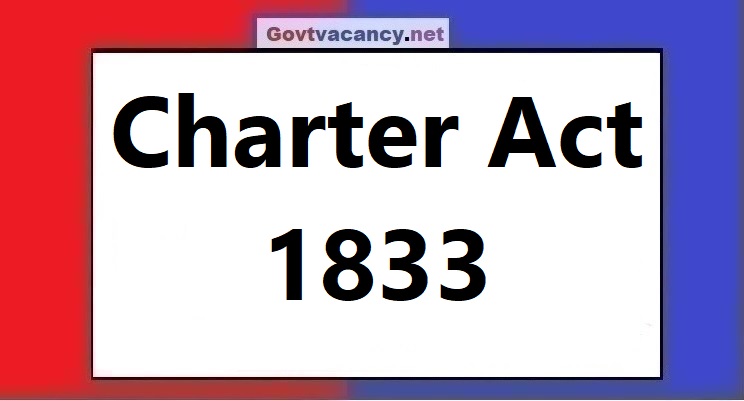 Charter Act 1833: There were two main reasons for passing the Charter Act 1833, firstly the large quantity of material produced after the Industrial Revolution in Britain, which required a large market like India to be consumed, and secondly The reason was the increased demand for raw materials for this industrial revolution. To fulfill both these reasons, this Act was passed. This act made a significant contribution to the formation of a centralized government in British India. The Charter Act is also known as the Government of India Act 1833 or Saint Helena Act 1833.

The important points of the Charter Act are as follows: