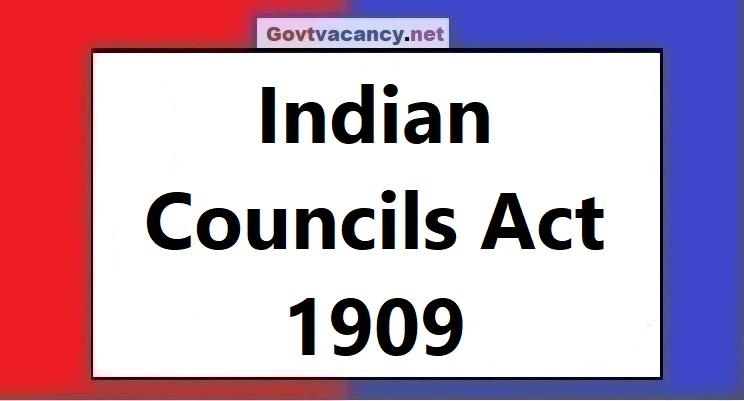 Indian Councils Act 1909: The Indian Councils Act 1909 is also known as Marley-Minto Reforms. At that time, Lord Minto II was working as the then Viceroy and John Marley was the Secretary of India in England. In fact, before the passage of this Act, in 1906, a Muslim delegation under the leadership of Aga Khan met John Marley, the then Secretary of India in England, and demanded communal representation from him, but his demand was not considered. Later these demands were placed before the Viceroy of India, Lord Minto II, who accepted these demands.

The main features of this act are as follows-