Vardhana or Vardhana dynasty and Pushyabhuti dynasty (Based on NCERT) 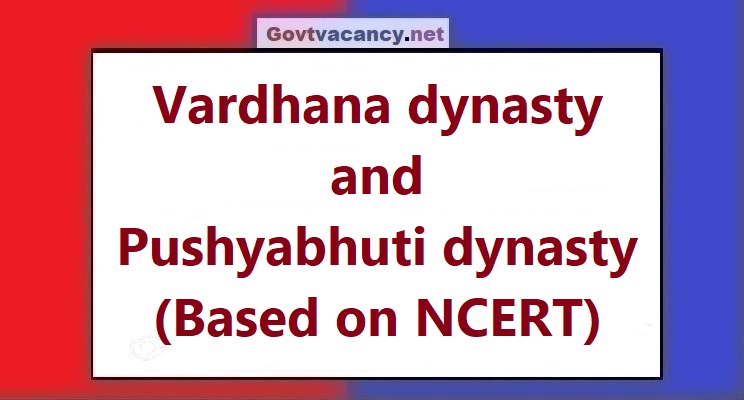 Scholars like Banabhatta, Mayur Diwakar, Haridatta, and Jayasena used to sit in the court of Harshavardhana. The king poet Banabhatta composed Harshavardhana's biography ' Harshacharitra or Harshacharitam ', in which the information of the Harshavardhana period is contained. Apart from this, Banabhatta had also composed the great novel of Sanskrit literature ' Kadambari '.

The famous Chinese traveler Hiuen Tsang (Hiuen Tsang) visited India during the reign of Harshavardhana. Who wrote the book ' Si-U-Ki ', which gives an introduction to the social, economic, religious, and cultural condition of Harsha period India. Hiuen Tsang is also known by the names ' Prince of Travellers ', ' Pundit of Niti ', and ' Shakya Muni ' etc. Harshavardhana organized ' Kannauj Sabha ' in honor of Hiuen Tsang.

In the reign of Harshavardhana, one-sixth of the total produce was to be given to the king by the farmers in the form of land revenue tax. The feudal system of giving land was also started by Harshavardhana.