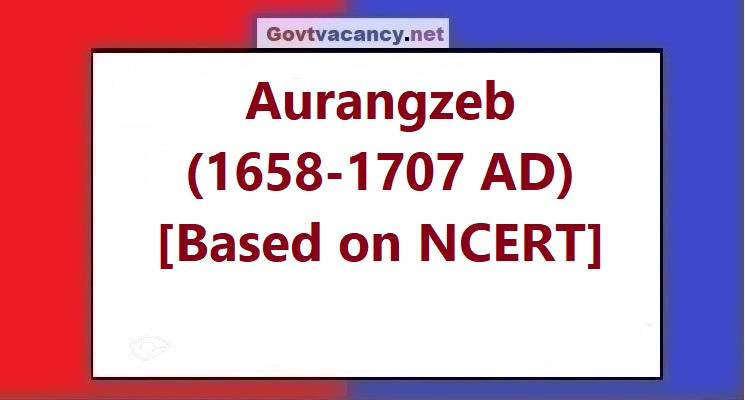 Aurangzeb was a strict ruler and a staunch orthodox Sunni Muslim, that is why he was intolerant towards Hindus. Aurangzeb had also imposed a tax on Hindus doing ' pilgrimage ' in 1663 AD and tax was also collected from Hindu merchants. It also banned the practice of Sati. In 1668 AD, festivals and religious rituals celebrated by Hindus were also banned. In 1669, Aurangzeb demolished the Vishwanath temple of Kashi, the Somnath temple of Gujarat, and the Keshavaraya temple of Mathura.

In 1679 AD, Aurangzeb re-introduced the ' Jizya ' [1] tax on Hindus. Which was closed by Aurangzeb's great-grandfather  Akbar during his reign. At the same time, Aurangzeb had also issued an order not to celebrate the Nauroj [2] Festival. Apart from this, there was a complete ban on gambling and intoxication, the construction of temples, doing anti-Quranic work, and also on writing Kalma on coins.

The first rebellion was led by the Jats of Mathura led by Gokul, the Jats suffered a defeat during the Tilpat War, in which Gokul was captured and executed by the Mughals. After this Rajaram and Ramchera led the Jats. Aurangzeb sent his grandson Bidar Bakht and Raja Bishan Singh of Amer to end the revolt of Jats, Rajaram died in this campaign. Thereafter, Rajaram's nephew Chudaman led the Jats till the death of Aurangzeb.

Aurangzeb also had to face the rebellion of the Satnamis. Satnami people used to call God ' Satnam '. Due to this, he came to be called Satnami. These people used to live in the nearby areas of Mewat and Narnaul. Satnami's rebellion broke out due to the death of a Satnami farmer by a person who collected taxes for the Mughals.

Aurangzeb also had to face the Marathas during his reign, Mughal and Maratha were enemies for a long time, from time to time there were many wars between them. Therefore Aurangzeb wanted to eliminate his enemy and powerful Maratha ruler Shivaji. To do this, Aurangzeb sent Rajput Raja Jai ​​Singh of Amber in  1665 AD to suppress Shivaji. Jai Singh defeated Shivaji and forced him to do the ' Treaty of Purandar  ' in June 1665 AD. According to this treaty, Shivaji had to hand over 23 of his forts to the Mughals. as well as BijapurHe also had to promise to help the Mughals Even after all this, Aurangzeb wanted to eliminate Shiva, so Aurangzeb conspire with the Rajput king Jai Singh of Amber and called Shivaji to his court and took him captive, but Shivaji managed to escape from there with his cleverness. In 1674 AD, Shivaji declared himself an independent king.

After the death of Shivaji in 1680 AD, his son Shambhaji took over the command of Maratha's rule, but in 1689 AD, Shambhaji was hanged by Aurangzeb. After Sambhaji, his brother Rajaram took over the reins of the Marathas. He also faced the Mughals fiercely, which in Maratha history has been termed as ' Freedom Struggle '.

Aurangzeb attacked under the leadership of Subedar Diler Khan in 1676 AD to capture Bijapur. Due to continuous invasions, the then ruler of Bijapur, Sikandar Adil Shah, surrendered in 1686 AD and the Mughal Empire occupied Bijapur. In 1687, Aurangzeb invaded Golconda and annexed it to the Mughal Empire.

After ruling for nearly 50 years, Aurangzeb died on  March 3, 1707, at the age of 88, Aurangzeb's body was buried in Daulatabad [3] a city in Maharashtra.

After this, the decline of the Mughal dynasty started. _ The British power strengthened its power. _

All the Mughal rulers who came after Aurangzeb were incompetent and weak. This is not important from the point of view of competitive exams, so all of them can be understood from the table given below –

[1] Jizya Tax  – People who do not believe in Islam or say that this tax was imposed on non-Muslim people.[2]  Nowroz - is a festival celebrated by the Parsi and Iranian people.[3] Daulatabad - Its ancient name was Devgiri. Which was settled by a king named Bhilam around the 11th century.