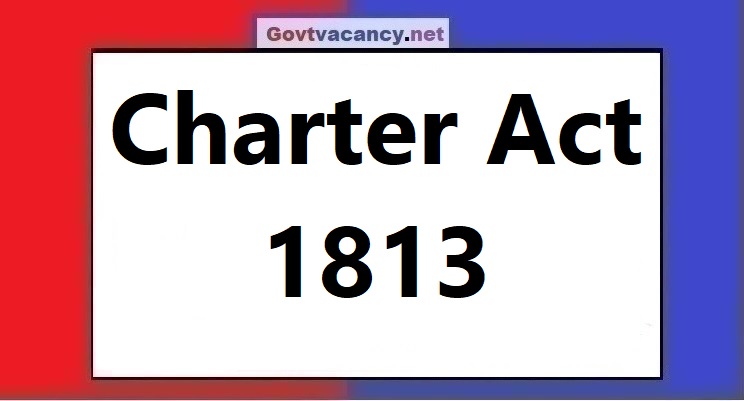 Charter Act 1813: British trade was negatively affected due to the ongoing conflict of the British with the French in Europe. In fact, due to the "continental system" implemented by Napoleon, the European trade route was closed for the British, so everyone wanted that the company's trading monopoly in India should be ended. Due to this, there was a demand to end the company's trading monopoly in England. The Charter Act of 1813 was passed to increase trade.

The important points of the Charter Act 1813 are mentioned below-