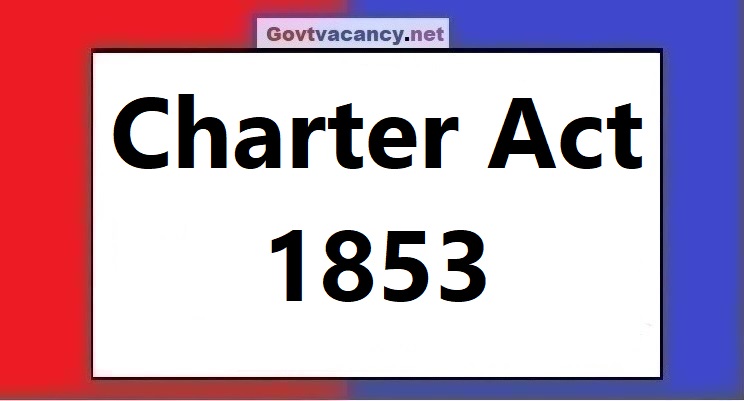 Charter Act 1853: The series of Charter Acts which was going on by the British Government every 20 years since 1793, was the last act in that series. The Act was originally based on the Select Committee report of 1852, which recommended the inclusion of provincial representation in the Indian British government. This act made a significant contribution to constitutional development.

The important points of this Act are as follows –