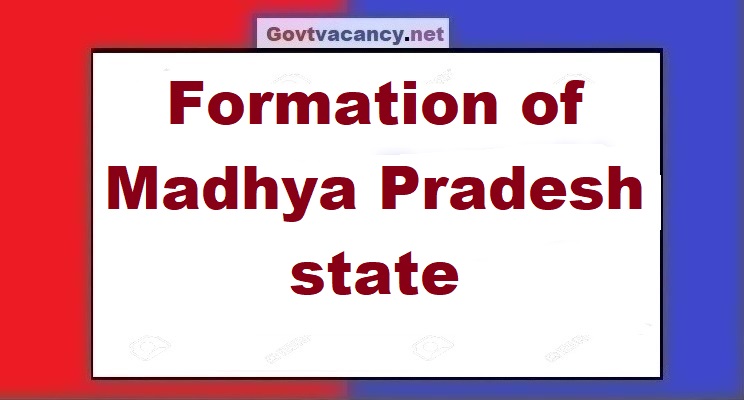 For the formation of states after independence, the territories of Central India were formed as the following four separate states-

The former state of Madhya Pradesh was formed by merging the princely states of Baghelkhand and Chhattisgarh in the Central Provinces and Berar provinces. By making its capital Nagpur, it was included in the category of Part-A state states.

A new state of Part-B category was formed  in the form of Madhya Bharat by merging 26 princely states in the west of the former Madhya Pradesh state  . Gwalior and Indore were made for this capital for six months each.

Bhopal was included in the Part-C category states by making a separate state . Its capital was made Bhopal.

In view of the demand for the formation of new states, the   States Reorganization Commission was established on 29  December  1953 . Chairman of this commission  Syed Faisal Ali and members Pt. Hridaynath Kunzru and Dr. KM Panikkar  was This commission recommended the reorganization of the states on linguistic basis.

As a result of the recommendations of the commission, the following changes were made in the boundaries of Madhya Pradesh-

After changing the above limits