GATE - 2008 | OS | The P and V operations on counting semaphores, where s is a counting 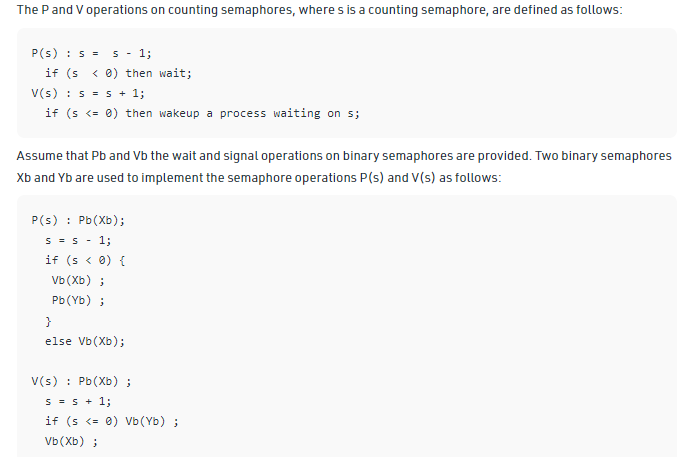 The initial values of Xb and Yb are respectively

So if xb=0, then all the process performing these operations will be blocked.

Yb must be '0' initially, because if Yb is '1' initially then two process can be in critical section at the same time.

So answer is Option (C).