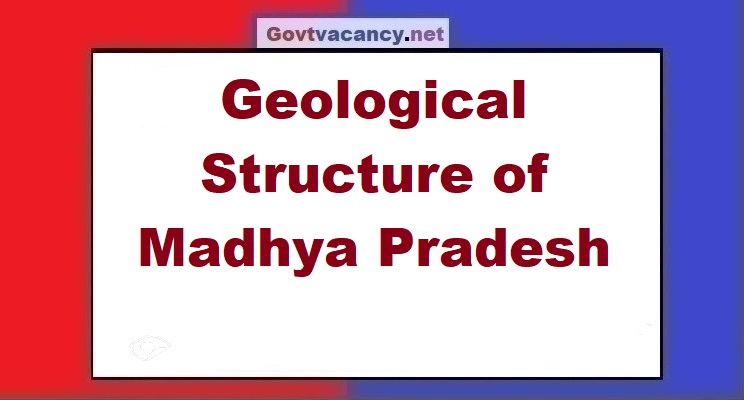 Most of Madhya Pradesh is a part of the peninsular plateau, the geological structure of different periods is seen here.

On the basis of the time period, the rocks of the Old Union have been divided into two parts.

Under the Aryan group, from the Upper Carboniferous to the Very New Age are included. In the Upper Carboniferous era, the Deccan plateau was affected by inter-terracial activities, but this region remained untouched by the mountain formation process, but due to excessive stretching, cracks occurred in between, and narrow, long terrain got submerged under them. Freshwater lakes were formed in these narrow parts. Later on, the rocks of the Gondwana rock group were formed from the deposited materials in these lakes.

Evidence in different eras and their Madhya Pradesh