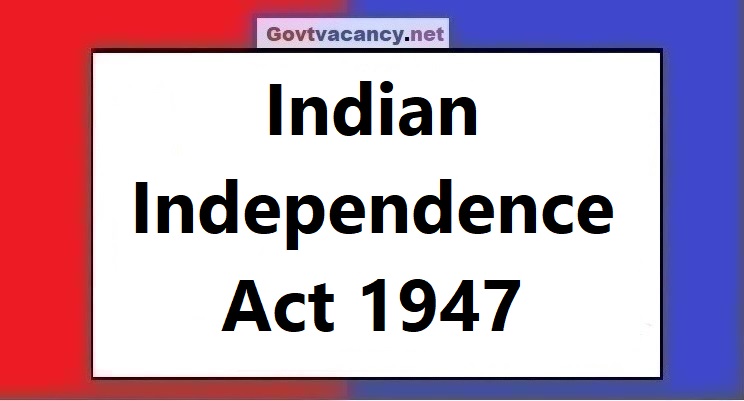 The main points regarding the Indian Independence Act 1947 are as follows: