Indus Valley Civilization (Based on NCERT) 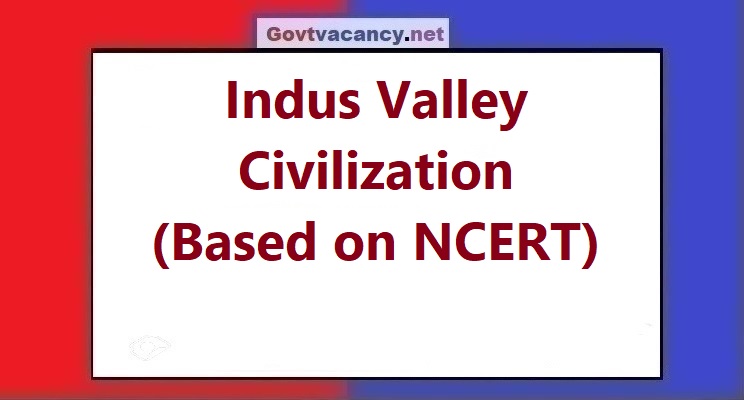 Indus civilization was the most modern and well developed civilization of its time. The people of the Harappan civilization lived in well-planned and well-developed towns and cities. Where big buildings, auditoriums, baths, prisons, houses made of raw and pucca bricks, wide roads etc. were located. Also, the people of this civilization knew how to make weapons, jewellery, idols and utensils, copper, silver and bronze etc. were used in their manufacture.

Devotion and Worship in Indus Civilization –

People of this civilization worshiped Shiva in the form of Kirat (hunter), dancer, archer and snake. Mother Goddess (worship of the gentle and fierce form of the Goddess). Prithvi (In one of the idols a plant is shown growing out of the womb of a woman, which is definitely the form of the earth). Worship of the fertility power (linga). They also worshiped trees (Peepal and Babul), animals (humped bull and Vrishabha), serpent  and  fire .

In Lothal, a scale made of ivory has been found, from Mohenjodaro , instruments made of oyster and oyster weights etc. - Were familiar.

The people of this civilization used metals like copper, gold, silver, lead, tin etc. It is believed by some archaeologists that silver was first used in the Indus Civilization itself . Most of the time, copper was used.

On the basis of the evidence obtained, it can be said that bullock carts and boats were used by the people of Indus civilization for transportation. Bronze bullock carts have been found from Harappa and Chanhudaro and traces of bullock cart wheels have been found on the roads in Banawali, from which it can be assumed that the people of this civilization must have used bullock carts for transportation. The use of a boat or a boat in the seals obtained from Lothal and Mohenjodaro proves that boats or ships were used on the water route, the evidence of which is the major port cities situated on the banks of rivers Lothal, Rangpur, Balakot, Sutkakoh etc. are also.