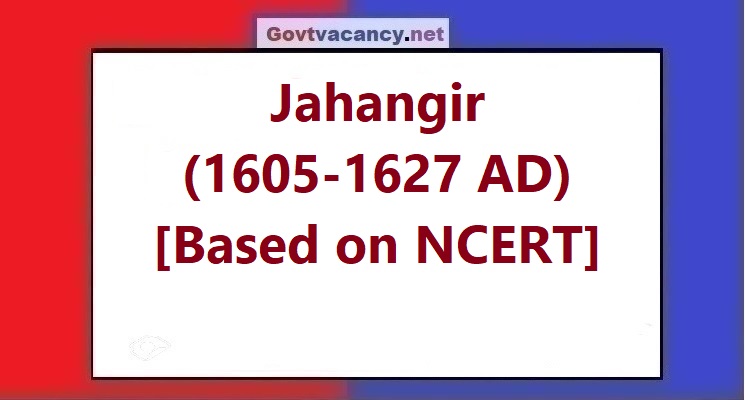 Jahangir was born on August 30, 1569 in Fatehpur Sikri . His father was Akbar and his mother was Jodha Bai, the princess of Jaipur. Jahangir's childhood name was Muhammad Salim. Later on, Salim came to be known as Jahangir.

After the death of Akbar, Jahangir was coronated on 3 November 1605 in Agra, and he took over the administration of the Mughal Empire. As soon as he ascended the throne, Jahangir had to face the rebellion of his son Khusrau. Khusrau revolted with the help of Hasan Beg of Agra and Diwan Abdul Rahim of Lahore. There was a war between Khusrau and Jahangir at a place called Bherwal, in which Khusrau had to face defeat and he took refuge there by Arjun Dev, the fifth Guru of the Sikhs. Angered by this, Jahangir sentenced Arjundev to death by accusing Arjundev of treason. Giving him the death sentence.

Jahangir was married in 1585 AD to Manbai, daughter of Raja Bhagwan Das of Amer. Khusro was the only child of Manbai. Jahangir's second marriage was to ' Gosai ' who was the daughter of Raja Udai Singh. Gosai gave birth to a son, who was named  Shahzada Khurram, who later came to be known as Shah Jahan. Jahangir's third marriage was in 1611 AD to Mehrunnisa, the daughter of Mirza Ghiyas Beg of Persia, who was a widow. Jahangir sent Mehrunnisa to Noor-i-Mahal and Noor-e-Jahanwas awarded the title. Jahangir had given the post of Wazir to Ghiyas Beg, the father of Nur-i-Jahan (Nur Jahan), and conferred the title of Itmad -ud-Daulah. Along with this, the post of Khan-i-Sama was also given to Asaf Khan, the brother of Nur Jahan.

After fighting about 18 wars between Jahangir and the then Raja of Mewar, Rana Amar Singh, from 1605 AD to 1615 AD, a treaty was made, which is considered a great achievement of Jahangir. Jahangir's notable success was the conquest of the fort of Kangra, located on the hills of North-East Punjab, in 1620 AD after several days of siege, which he achieved in 1620 AD. In 1626 AD, Mahavat Khan revolted and took Jahangir captive. But this plan of Mahavat Khan, Nur JahanFailed because of his intelligence. Mahawat Khan was a courtier of the Mughal state .

Jahangir had good knowledge of Persian and Turkish languages. Jahangir wrote his autobiography ' Tuzuk-e-Jahangiri ' on himself like Dada Babar. Which is written in the Persian language. Simultaneously, Jahangir had given shelter in his court to the famous poet of Brajbhasha, Surdas, who composed Sursagar.

Jahangir was also tolerant of all religions like his father Akbar. Like Akbar, he was very much influenced by the Hindu religion, which is why he also used to donate to temples and priests. Even Jahangir celebrated the festival of Raksha Bandhan for the first time in 1612 AD. Along with this, Jahangir had also banned the consumption of tobacco.

During the reign of Jahangir, James I, the ruler of England, in 1608 AD, William Hawkins,   in 1612 AD Paul Canning and William Edward, and in 1615 AD, Sir Thomas Roe, etc. foreign ambassadors came to India. Due to this, the British got many commercial facilities.

During Jahangir's rule, painting progressed the most because Jahangir himself also had a good knowledge of painting. That is why the reign of Jahangir is called the golden age of painting. Jahangir had built ' Akbar's Tomb ' at Sikandra near  Agra, whose construction was started by Akbar but Akbar died before the construction was completed, which was completed by Jahangir after that. Jahangir also got the  Lahore mosque built. Also, Jahangir had built Shalimar Bagh in Kashmir. Along with this, beautiful gardens were also planted in Lahore and many other places.

It was during the reign of Jahangir that his wife Nur Jahan built the tomb of Itmad-ud-Daulah in the memory of her father. Which is one of the famous buildings built during the time of Jahangir.

On the way back from  Kashmir to Lahore on November 07, 1627, Jahangir died at a place called Bhimwar. Jahangir's body was buried on the banks of the Ravi river flowing in Shahdara, Lahore. After the death of Jahangir, his son Khurram, also known as Shah Jahan, took over the reins of the Mughal Empire.