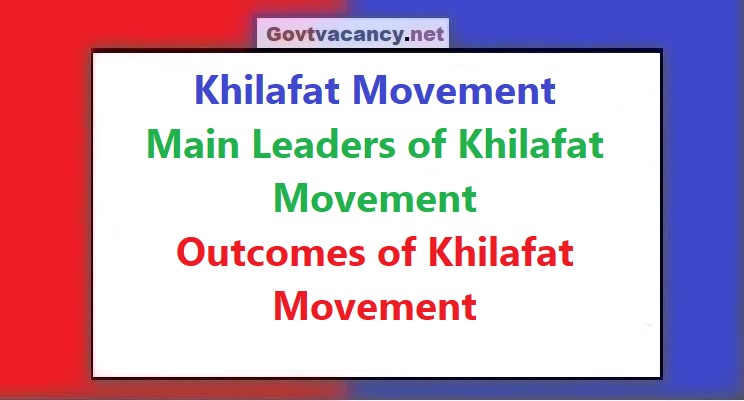 The Khilafat movement started after the First World War. In World War I (1914–1918), Turkey sided with Germany and Austria against the Allies, in which the Allies won and Turkey lost. After the war, Britain took many decisions, adopting a harsh policy towards Turkey, including abolishing the post of Caliph and the partition of Turkey. Caliph is called a ruler in the Arabic language who is the ruler of an Islamic state or other Sharia (Islamic law) state system.

During the First World War, in order to get the support of the Muslims of India, the British government had promised that they would behave generously towards Turkey, but after the war, the British forgot this promise, and the Khalifa whom the Muslims of the whole world considered as their religious teacher. The post was abolished.

This movement lasted from 1919 to 1924. This movement had no direct relation with India. The main objective of the Khilafat movement was to re-establish the position of the Turkish Caliphate and to remove restrictions from religious areas there.

In 1919, the All India Khilafat Committee was formed by the Ali brothers. who started this movement. This movement had no significant effect on the British government and Turkey was partitioned in 1920 by the Treaty of Sevres.

Results of the movement

In the year 1924, a democratic government was formed in Turkey under the leadership of Mustafa Kemal Pasha and the post of Caliph was completely abolished, and with this, the Khilafat movement also ended.