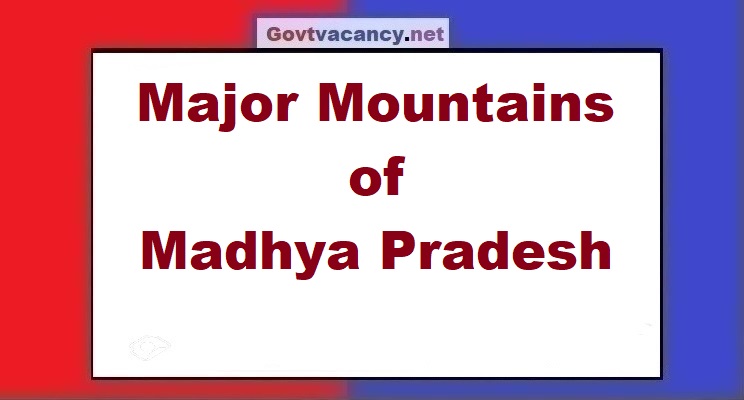 Most of the part of Madhya Pradesh comes under the Deccan Plateau. This is the reason that more than half of the state is plateau. But high and low mountains are also found in the region.