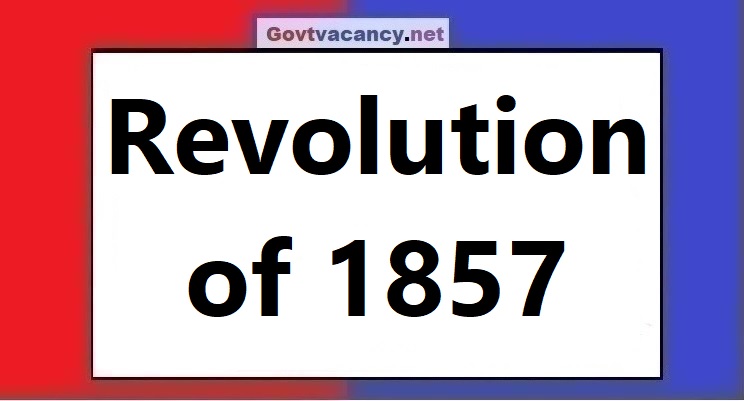 The views of historians about the struggle of 1857 are not the same. Some scholars believe that this rise of 4 months was a peasant rebellion, while some consider this great event to be a military rebellion. VD In Savarkar's book "The Indian War of Independence" (published in 1909), it was considered the first freedom struggle. In the historiography (nationalist historians) of the early 20th century, it is shown the struggle of heroic freedom fighters who are also described as Ghadar. Mangal Pandey's rebellion in Barrackpore Cantonment near Calcutta is considered an important event that turned into the first war of independence.

The role of the army was important in the establishment of British colonial rule in India during the East India Company period. During the reign of Warren Hastings as governor-general, the East India Company's gradual annexation of states led to a continuous expansion of its territory as well as its army. More than 80 percent of people of Indian origin were employed in the British army. Unlike European soldiers, he had the status of a soldier. So far we have seen the devotion of these soldiers towards the East India Company in the battles of Plassey and Buxar.

One of the immediate causes of the Revolt of 1857 was the rumor that the cartridge shell of the 1853 rifle was coated with the fat of pigs and cows. This rumor was hurting the sentiments of people of both Hindu and Muslim religions. These rifles were part of the 1853 rifle arsenal.

The Revolt of 1857 was not an accidental event, but it was the result of many reasons, which were as follows-

The revolution of 1857 was initiated by the freedom-loving soldier of Meerut Cantonment, Mangal Pandey. On March 29, 1857, Mangal Pandey raised his voice against the use of new cartridges. It is noteworthy that in the new cartridges made available by the British Government for the use of the Indian Army, pig and cow fat was used. The British officers who came forward to capture Mangal Pandey inside the cantonment put him to death. On April 8, 1857, Mangal Pandey was hanged. On hearing the news of the death sentence given to him, an atmosphere of revolution was established in the whole country.

On May 10, 1857, the soldiers of Meerut began to break the jail houses, free the Indian soldiers and kill the British. Enthused by the success achieved in Meerut, the soldiers proceeded towards Delhi. After coming to Delhi, the revolutionary soldiers killed Colonel Ripley and took control of Delhi. At the same time, independence was also declared in Aligarh, Etawah, Azamgarh, Gorakhpur, Bulandshahr, etc.

Major centers of rebellion and key leaders of the center

Major British General at the time of the Rebellion

Reasons of the failure of the revolution

The revolt of this great revolution of 1857 had far-reaching consequences, which are as follows-