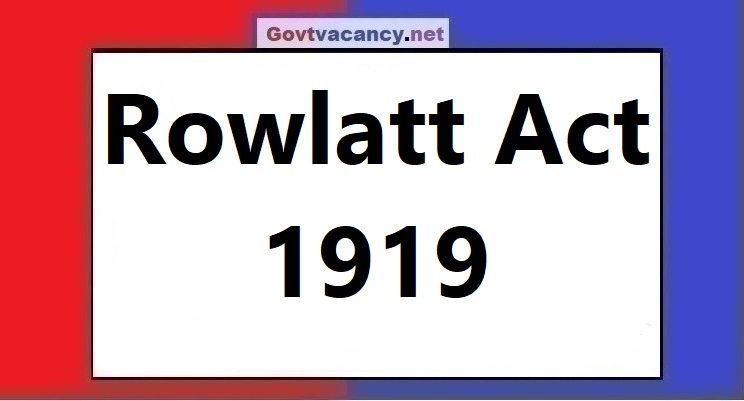 Rowlatt Act: At the end of the First World War, when the Indian people were waiting for constitutional reforms, the British government presented the oppressive Rowlatt Act to the public. Rowlatt Act was passed on 26 January 1919. The Act was based on the recommendations of a committee headed by the Judge of the High Court of Britain "Sir Sidney Rowlett".

The main features of the Rowlatt Act are as follows-