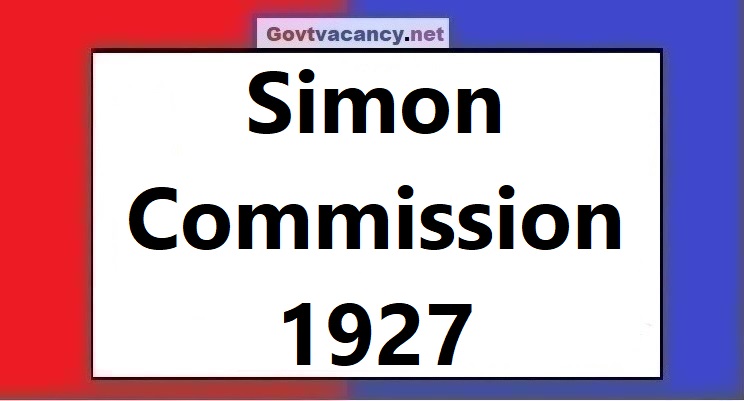 Simon Commission 1927: While passing the Act of the Government of India Act 1919, the British Government had announced that it would review these reforms again after ten years. But in November 1927 itself, he announced the appointment of the commission, which was named the Indian Legal Commission, "Sir John Simon" was appointed as its chairman and all the seven members were British.

Congress' reaction to Simon Commission 1927 - In the Madras session of Congress (December 1927) under the chairmanship of M.A. Ansari, the Congress decided to boycott it at every level and in every form.

Public reaction to Simon Commission 1927 – On February 3, 1928, the Simon Commission reached Bombay. There were strikes and protests throughout India and wherever they went they had to face black flags and slogans of "Simon go back".

The report of the Simon Commission was published in 1930. The main points of which are as follows-

The British government held three round table conferences with representatives of British India and Indian princely states to consider the recommendations of the Simon Commission. Gandhiji also participated in these round table conferences on behalf of Congress. On the basis of these three conventions, the “White Paper of Constitutional Reforms” was created. Which was later included in the Government of India Act, 1935 with some amendments.

After this came the Government of India Act 1935.